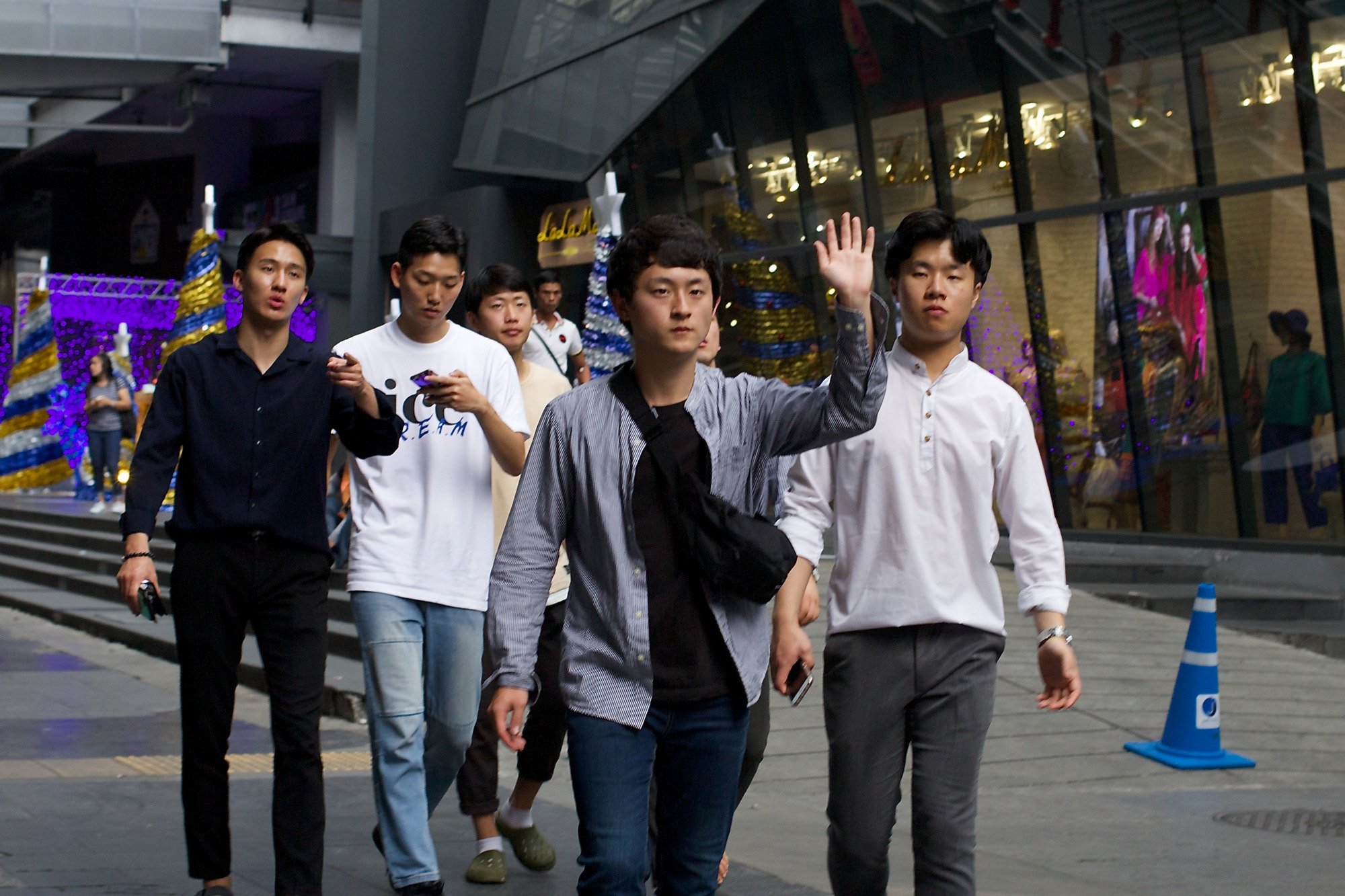 What constitutes a gang? I guess it’s a group of people with a leader and a common purpose. I see them in the streets quite frequently, but it’s not always possible, or wise, to photograph them when they’re heading towards the camera.

Are gangs a good subject for street photography? Absolutely. They’re a great subject if you can solve the problems of taking the shot. Here are the reasons why:

First, as I’ve mentioned, a gang usually has a leader — possibly a charismatic leader whose personality is stronger than anyone else’s within the the group. This means that your picture will have some coherence. It will have a basic structure with the leader being the focal point of the composition.

Second, people in a gang tend to walk closely together, like a platoon of soldiers but not necessarily in step. Gang members keep their individuality even though they surrender their autonomy to the leader.

Third, gangs are purposeful when they’re on the move. When all members are present and they can stop hanging out on the street corner, they start to move with intent. Photography always benefits from “intent,” usually contributed by the photographer. But where gangs are concerned, the photographer can capture a little bit of the subject’s intentionality and transfer it to the image.

The Blue Cone Gang and Others
I’ve called the featured image (above) “Blue Cone Gang,” for the entirely gratuitous reason that there’s a blue cone in the picture. The members all look quite serious, don’t they? This is definitely a group of people with a common purpose.

There are all kinds of gangs, ranging from clean-cut, middle-class kids, out for a good time, to criminal gangs such as heavily armed drug dealers hell-bent on trouble. Yet they all have something in common. People club together because they feel stronger and more confident when they’re part of a group. 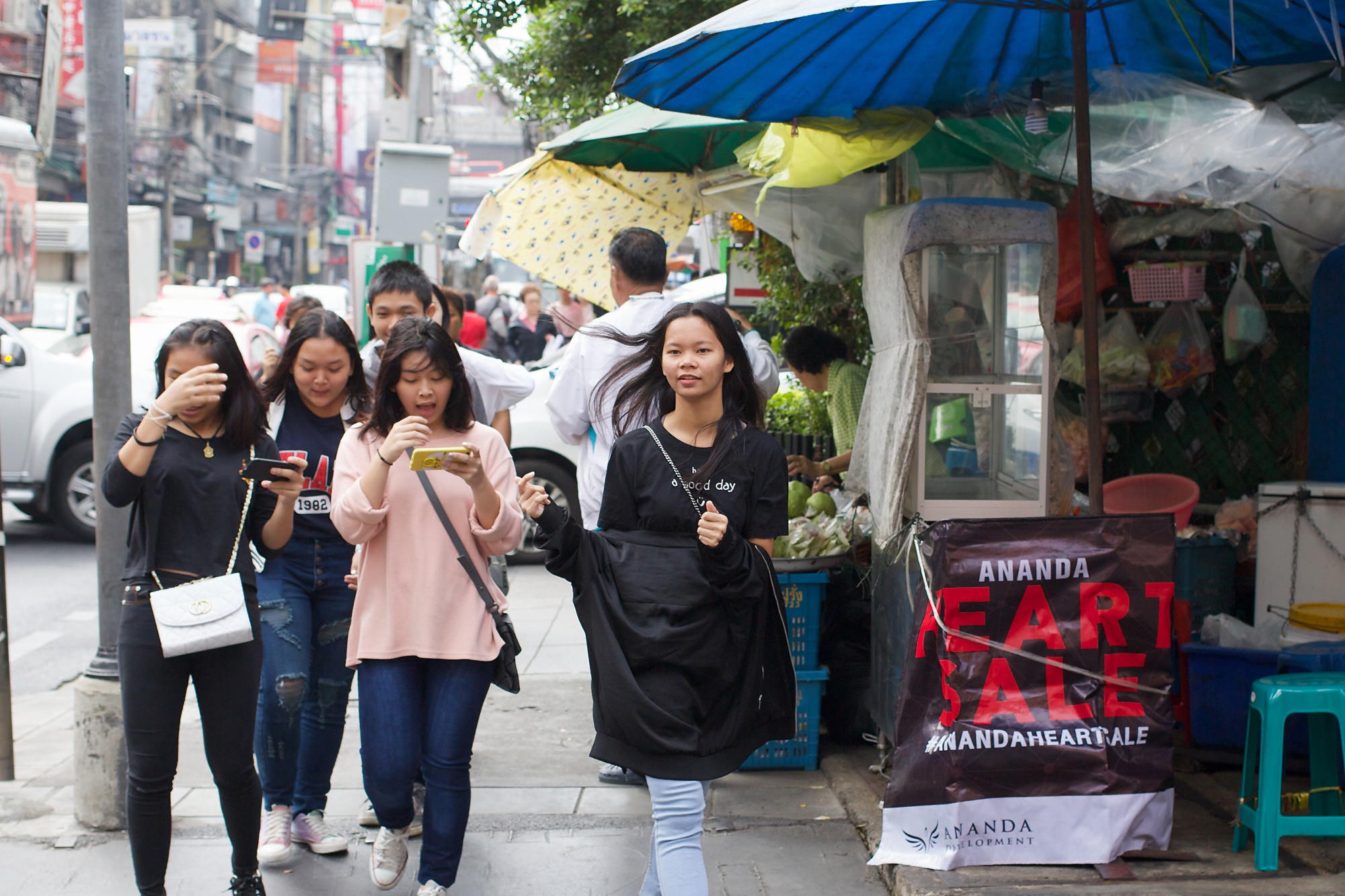 Women Gang Together, Too
When women gang together it’s usually for convenience (such as sharing an apartment) or for mutual support. In both cases, members of the group can engage more readily in adventurous activities, far beyond what they would risk on their own.

This phenomenon hasn’t gone unnoticed by the makers of TV drama serials. For example, “Gossip Girl” and “Pretty Little Liars” were classics of the genre, as was the Korean series “Hello, My Twenties!” I’m still hoping to find others equally as entertaining.

Street photography is more limited in scope than TV drama. Yet although it never answers many of the questions it poses, at least it can invite speculation.

I’ve called the above shot “A Good Day,” after the wording on the leading girl’s black tee-shirt. I wonder where they’re all going and what they’ve got planned for the rest of the day?