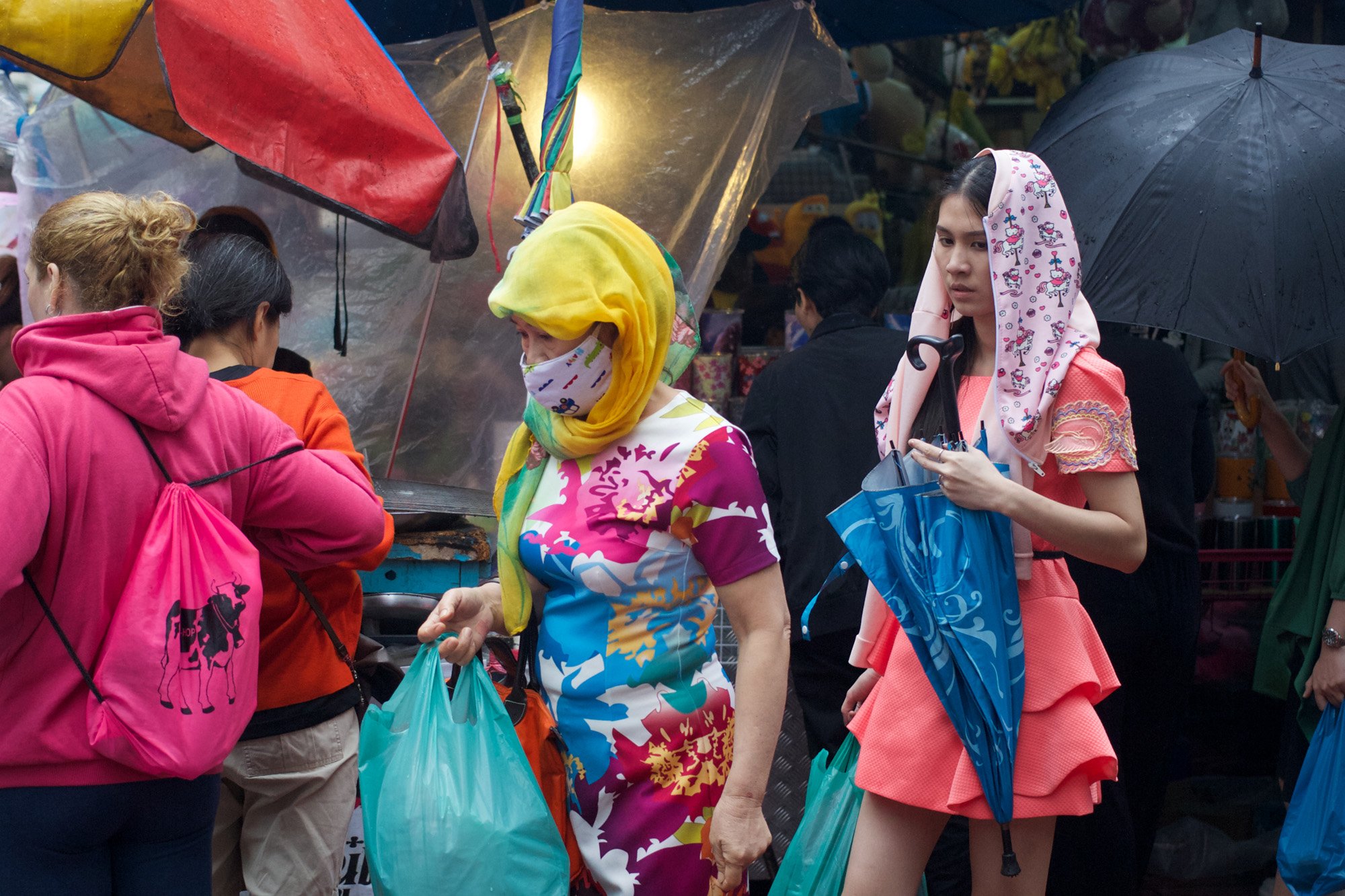 I’m sure most street photographers would love to step back in time to a past era and take some shots, always on two conditions: a) they could use their current equipment, and b) they could return to the present day with the results.

Given the forward-only movement of time, that scenario is not going to happen, unless someone stages a re-enactment specially for the purpose. We can only consider the differences between subject matter (then and now) and equipment (then and now).

So let’s go back a mere fifty years, still well within human memory for millions of people.

Subject Matter
In the UK, Europe and the U.S.A. everyone dressed more neatly, often wearing jackets or long overcoats, ties and hats, usually in subdued colours. Automobiles had more interesting shapes, not being subjected to the same design rules dictated by the need for low fuel consumption. Nobody was using a mobile phone.

Just these three factors, quite apart from any others, make the street photography of 1969 entirely different to what we see in 2019.

Today, everything is more colourful and theatrical — and not only in Chinatown (see featured image above). People everywhere like to dress outrageously, proclaiming various messages via tee-shirts or accessories (even when they wear black, like the lady below). What’s more there’s no longer a single prevailing fashion: with people now preferring to dress in order to identify with their chosen group.

What goes for dress, also goes for other visible forms such as posters, adverts, graffiti, and even shop window displays. As a result, the visual scene from the sidewalk has become more chaotic and more in need of being bullied into shape by how-and-where we point the camera.

Equipment
Although some people are still using 35mm film cameras and black and white film, just as Henri Cartier-Bresson did years ago, the preference now is to originate the images in colour, using a digital camera. In itself, this change may not seem enough to revolutionise street photography, but that’s not the point. It’s the new facilities both on the camera and within the workflow which dramatically change the final image.

For example, take composition. “Back in the day,” Cartier-Bresson refused to crop any of his images, preferring to maximise the use of the 35mm rectangle with its 3:2 ratio. In fact, when making enlargements he even filed down the negative carrier in order to show the edges of the frame. War photographer Don McCullin commented: “I think I speak for every photographer and especially Magnum photographers, when I say that Henri really introduced the concept of perfect composition into our thinking.”

Today it’s much easier to improve composition by cropping the image. I think it’s fair to say that Photoshop has liberated us from the given rectangle, enabling any format we choose. Even so, many photographers (myself included) like to retain the 35mm shape whenever possible because of its inherent “Golden Rectangle” aesthetic.

Ironically, Cartier-Bresson’s “decisive moment” went out of fashion, right around the time when the burst rate of digital cameras made it hard to miss.

If you shoot off a dozen frames in the space of a second or two you’re much more likely to get the perfect shot than if you wait for the right moment.

Personally, I still prefer to wait for the moment with anticipation and record it with a single shot. I think it sharpens my ability to see the moving scene in front of me. Here’s an example. If the camera had been in burst mode I would probably have selected a frame matching the one below.

Two Steps Forward, One Step Back
With digital photography we can try out more ideas, more quickly, and make improvements to our technique more readily. Yet there are drawbacks, too. Such a large number of people are taking photos, using excellent equipment, it’s hard to make any impact because everything’s been seen before.

If you develop an appealing personal style, you’re on the right track. When street photography with your favourite camera becomes akin to handwriting with your favourite pen, that’s when you’re beginning to speak directly to the onlooker. The same process will be valid fifty years from now, just as it was fifty, or even seventy-five years ago.